Webinar 2015: Alaska’s National Hydrography Dataset (NHD), the digital data layer that depicts the location of lakes and streams, was originally created from the 1950’s topographic maps. With funding support from the LCC Network, this project focused on establishing a statewide framework to improve the hydrography mapping and stewardship in Alaska. This will be achieved through the creation of a statewide system to make digital mapping data updates accessible and affordable, and through the creation of a statewide hydrography mapping coordinator position to synchronize updates and guide hydrography mapping development. This framework will allow agencies and organizations to greatly improve their hydrography mapping data, as well as consume and uplift project level hydrography data that would not otherwise be incorporated. Through the course of this project, several watersheds in Arctic and Western Alaska were used to test the update process and received the digital streamline updates for large portions of the watersheds. 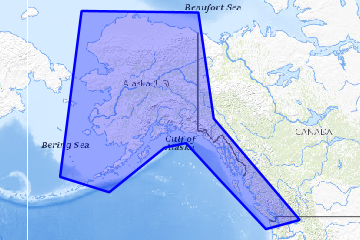