​Indicator values were assigned as follows:

Defining the Spatial Extent of Ecosystems
This indicator has been clipped to the freshwater marsh ecosystem. Visit the Blueprint 2.1 ecosystem maps page for an explanation of how each ecosystem’s spatial extent is defined. 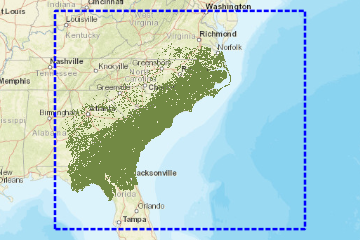