Reports document development of models and Decision Support Tools (DSTs) that inform conservation delivery for easements and habitat management within the Flint Hills Legacy Conservation Area (LCA) that address population and habitat objectives for surrogate species. Objectives include: 1) survey Henslow’s sparrow throughout the LCA; 2) gather habitat data along survey routes; 3) develop Flint Hills wide relative probability of occurrence, density, and habitat models for Henslow’s sparrows based on data gathered; and 4) apply models to create spatially explicit desicion support tools for use in the FWS Flint Hills LCA prioritization system, Region 6 surrogate species, and to support US FWS Partners for Fish & Wildlife program activities throughout Kansas. The methodology for Henslow’s sparrow surveys will be adopted and modified from large-scale grassland bird surveys decigned by the Central Hardwoods Joint Venture, applied throughout the LCA and adjacent grasslands Habitat data will be gathered systematically throughout the survey area following standard protocols. Once complete, the Henslow’s sparrows models can be examined for relationships with Greater Prairie Chicken models that are being developed and DSTs will be used to guide acquisition of easements to achieve conservation objectives in the Flint Hills LCA. 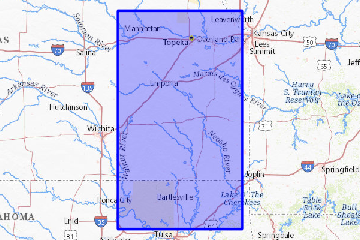