The Terrestrial Core-connector Network is one of a suite of products from the Nature’s Network project (naturesnetwork.org). Nature’s Network is a collaborative effort to identify shared priorities for conservation in the Northeast, considering the value of fish and wildlife species and the natural areas they inhabit. This product consists of two components: core areas and connectors. A number of additional datasets that augment or complement the core-connector network, including Road-bounded Natural Blocks that surround the cores areas and a set of Grassland Bird Core Areas, are also available in the Nature’s Network gallery: https://nalcc.databasin.org/galleries/8f4dfe780c444634a45ee4acc930a055. A detailed technical guide to the [...]

The Terrestrial Core-connector Network is one of a suite of products from the Nature’s Network project (naturesnetwork.org). This product consists of two components: core areas and connectors. Terrestrial and wetland core areas are intact, well-connected places that, if protected, will support a diversity of fish, wildlife, and plants, and the ecosystems they depend upon. Core areas contains important or unique features, including intact, resilient examples of every major ecosystem type in the Northeast and Mid-Atlantic. The connectors are designed to enable the movement of animals and plants between core areas and across the landscape into the future. 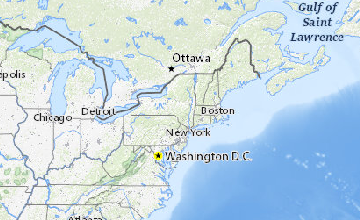