No liability is to be assumed by the Gulf Coastal Plains and Ozarks Landscape Conservation Cooperative or any of its partners for the use or misuse of this data. Data is to be considered preliminary, pending comprehensive review, and assumed to be current and accurate at time of release. 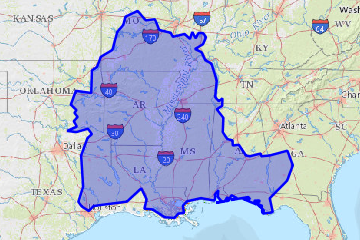