Problem Long Island’s sole-source aquifer system, which includes the Lloyd, Magothy, Jameco, and upper glacial aquifers, supplies groundwater to over 2.8 million people. As a coastal aquifer system, it is susceptible to saltwater intrusion. Past pumpage and sewering (fig. 1) resulted in increased salinity in most aquifers in all counties (Buxton and Shernoff, 1999; Misut and others, 2004; Misut and Aphale, 2014). Simulation of drought has predicted increasing salinity in the lower part of the glacial aquifer of the North Fork of Suffolk County (Misut and others, 2004). In addition, simulation of future well pumpage in Queens County by the U.S. Geological Survey (USGS) has predicted increasing salinity in the Magothy aquifer in western [...] 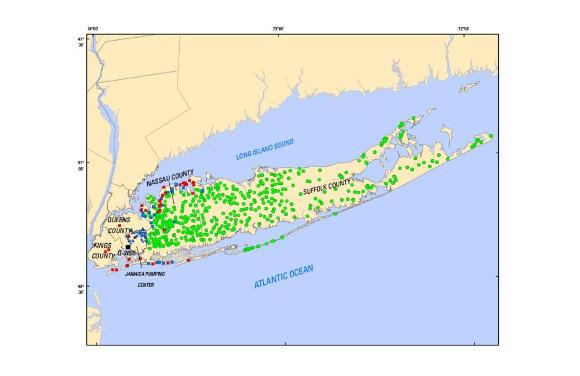 Location of the project study area, active (green), and inactive (red and blue) 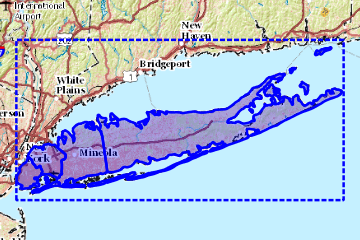