These data were originally intended to be used for managing biological resources and predicting species distributions that are affected by August mean stream temperature. 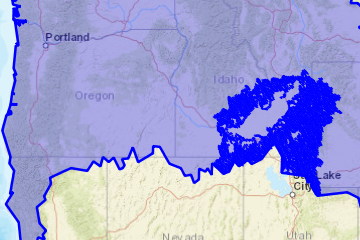