Hurricane Evacuation Routes in the United States A hurricane evacuation route is a designated route used to direct traffic inland in case of a hurricane threat. This dataset is based on supplied data from gulf coast and Atlantic seaboard states. Each state was contacted by TGS to determine an official source for hurricane evacuation routes. GIS data was gathered from states willing to share such data. In cases where states were unable or unwilling to share data in this format, TGS requested that the states provide a source for identifying hurricane evacuation routes. The states usually identified a website that made this data available to the public. Three (3) states (ME, NY, and NH) indicated that they do not maintain public maps [...]

Homeland Security Use Cases: Use cases describe how the data may be used and help to define and clarify requirements. 1) A resource for emergency route planning purposes. 2) A resource for situational awareness planning and response for federal government events. 3) A portion of an evacuation route may be rendered unusable due to natural or man made disaster and rerouting of traffic is necessary. 4) An incident has occurred during an evacuation and first responders must quickly deploy to the area. 5) Public awareness. 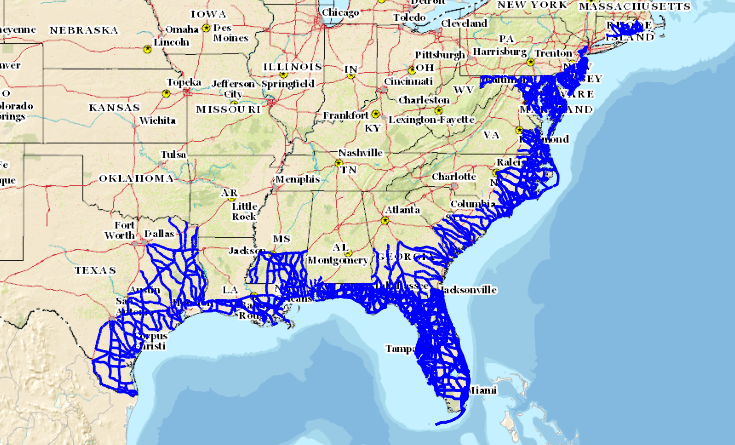